My Body Is My Body Foundation

A history of child safety success

My Body is My Body is an Internationally acclaimed musical body safety program distributed in over 60 countries worldwide.

The History of My Body

The “My Body Is My Body” program was born out of the “Kimberley Project”- here is the story of how it all started.

On June 8th, 1986, in a section of London, England, the life of Kimberley Carlisle aged 4, ended. She weighed 24 pounds, her body was crushed in many places, and there were cigarette burns on her back and a boot heel imprinted on her skull. Her stepfather was charged with the crime and sentenced to 18 years in prison.

At the time Chrissy Sykes who was a popular South African Country Singer was on a stop over in London on her way to the United States of America, where she had been invited to Nashville by the legendary Producer Pete Drake. She kept reading the stories about Kimberley in the newspapers, and having a little girl who was also 4 at the time, this story touched her heart and made a lasting impression. Chrissy wrote the song “Kimberley” on the flight over to the USA.

In early 1989, whilst in Texas, Chrissy was at a dinner party where knowing she was a singer, the hostess asked Chrissy to sing a song. She sat down at the piano and for the first time, played the song “Kimberley” for the guests. Unaware that one of the guests at the dinner was the President of the Texas Child Welfare Board who loved the song, Chrissy was asked if it could be used to raise funds and awareness for Child Abuse in Texas.

Chrissy consented, and later that year, during Child Abuse Prevention Month the Texas Child Welfare Board sold 14,000 records and tapes of the song and raised $70,000.

The start of the program

Chrissy found audiences to be receptive and open, not only to bringing up the subject of child abuse but learning the problem and how to prevent it. Music being her main mode of communication these presentations stirred her creativity and from her own experiences and those shared with her, she began to write her thoughts through songs and here began the “My Body Is My Body” Program. Working closely with professionals Chrissy put together the program that would go hand in hand with the songs. The program was approved by the Department of Human Services in Texas.

Success across the United States

Chrissy then moved to Tennessee and the Program was referred to the Nashville Coalition On Child Abuse and Neglect by the Department of Human Services and the project became the Coalition’s first Major undertaking.

A research study published in the Journal of Music Therapy which involved children showed that music, and typically group singing activities like the “My Body Is My Body” program found an increase in trust and group cohesiveness and cooperation. In addition, singing and developing music skills ( like learning new songs) relate to increasing a more positive self-concept and development of self-esteem - helping kids feel better about themselves.

The Coalition feels that this program is a valuable instrument in Child Abuse Prevention. We feel that this program can truly make a valuable contribution, not only for child abuse awareness but even more importantly, child abuse prevention…allowing the rare opportunity to make a significant impact in causing a reduction of the number of children being victimised. A problem that up to now has seen a steady increase.

Our mission is to empower children

In a 5 year period Chrissy presented the program to over 350,000 children in Texas, Tennessee, Florida and Virginia, working with Schools, PTAs, Department of Human Services and Department of Education."

An important piece of information came to light when Chrissy was visiting the Tennessee State Prison where some of the inmates were asked - “What would you do if a child said No to you?” the answer was “We would look for another child that did not say No” So, therefore, the answer is to educate as many children as possible to say NO! The MBIMB Foundation was officially formed.

My Body Is My Body now has the program released in 26 Language translations around the world.

We receive the support of the International Society For the Prevention Of Child Abuse and Neglect (ISPCAN).

First My Body is My Body Animated Video Released in English.

Over 350,000 children have been taught in schools.

My Body is My Body Program is developed in Texas, United States. 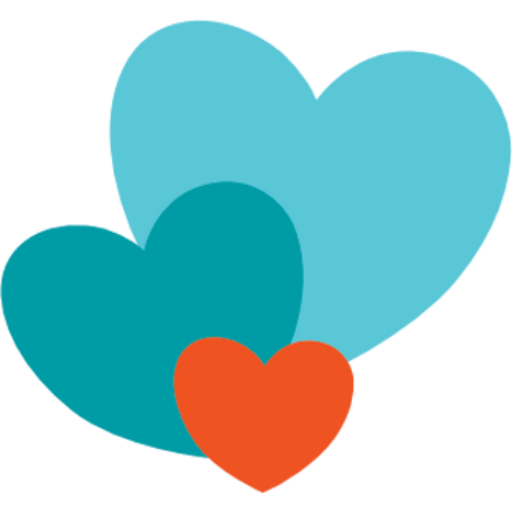 WE ARE PASSIONATE ABOUT PROTECTING CHILDREN

Founder of the MBIMB Foundation, is an award-winning singer/songwriter and recording artist, with a career in South Africa and Nashville, USA. She developed the MBIMB Program in 1989 in conjunction with various Departments of Education and Departments of Human Services in the United States of America. In 2016 Chrissy (now living in the UK) decided to animate the program songs to reach a worldwide audience. Chrissy currently works with NGO and school volunteers in over 50 Countries who have reached at least 1.5 million children with the programme. Another 1.3 million people have been reached on Youtube. Chrisy spends her time teaching volunteers, school teachers and community leaders how to introduce the subject of child abuse prevention into their communities using the MBIMB Programme.

During her 25 years as a Barrister, Antonia not only developed a deep understanding of the law but the ability to process and present information logically and clearly. What’s more, it’s what she is passionate about. She cares deeply about justice, fairness and liberty and loves nothing more than helping individuals and organisations find their voice and reach better outcomes. Antonia has extensive experience working in various areas of law, including criminal, employment, human rights, litigation, and data protection.

She has also served as a cabinet member at Gloucestershire County Council for seven years.

Antonia has experience across a number of other public sector bodies including Health and Wellbeing, Joint Commissioning and Safeguarding Adult and Children boards, Cheltenham Development Task Force, and Community Safety Groups.

With over 30 years of education experience in the UK and overseas, in state and private sector and from infant through to University level, Dee is able to support, advise and provide training in areas of school improvement, planning for inspections, lesson observations and performance management. With specific expertise in "Closing the Gap" for our most vulnerable young people (BME,FSM,CLA) and ensuring equality of opportunity her approach is non-threatening, based on proven, practical initiatives and successful stories. Dee is also a School Improvement Partner/ Head Teacher appraiser, a trained Ofsted inspector, an evaluator for the Ministry of Education in the Northern Emirates, UAE, an inspector for KHDA/DSIB in Dubai and an inspector/evaluator for British Schools overseas. She is also Deputy Lieutenant of Gloucestershire and a Director of UK Global Goodwill Ambassadors.

Dr. Tufail Muhammad (MD, MCPS, DCH, DCPath) is a paediatrician by profession. Currently, he is the Chairman of the Child Rights & Abuse Committee, Pakistan Pediatric Association and Director of the Regional Training Institute Peshawar. He has postgraduate qualifications and training in Pediatrics, Clinical pathology, public health and Reproductive health.
Dr. Tufail Muhammad has more than 32 years of experience in the field of CAN and Child protection. He has more than 30 research papers to his credit and has presented more than 60 papers at international conferences in several countries worldwide.

He has also co-authored a book (Your amazing baby) on the growth and development of Pakistani infants (published by Save the Children UK).

Caroline is the Vice Chair for the BASW England London Branch British Association of Social Workers. Since 2006 Caroline has worked as a Locum Social Worker, Consultant Social Worker, Manager and Child Protection Chair throughout the UK. She has specialised in Family and Child Protection for over ten years and has covered all aspects of Child Care post initial assessment through a period of change and uncertainty. Caroline has worked with several Local Authorities through their restructuring and is aware of the impact this can have on both the children and families, as well as the staffing. Caroline has developed the very successful LinkIndex Keyring, which uses unique QR codes to give instant access to over 2000 targeted resources and is designed for all agencies that support children, adults and families.

CEO & Co-Founder of Global Goodwill Ambassadors Foundation, working with humanitarians worldwide to help the marginalized and the needy. GGAF has more than 18,000 people in over 215 nations & territories focusing on the UN SDGs. Lisa's desire to help others less fortunate is the overriding feature of her persona. This often results in her long working hours, taking on huge responsibilities and facing challenging situations. Her commitment to humanitarianism is unquestionable, and she leads by example.

Lisa is also Co-Publisher of the The GGAF and MBIMB Ambassador Magazine and Dean of the GGAF Learning Institute.
Lisa also serves on the board of the United Nations Association of Minnesota (UNA-MN)

Nick is an innovative strategist and digital expert with a passion for growth and success. As the co-founder of Luminary 2, a Dallas-based creative and marketing agency, he uses a unique approach that blends art and science to create custom marketing strategies that lead to powerful and profitable brands. His unusual background includes everything from production art to automotive industry leadership. This has allowed Nick to perfect his skills in digital strategy, video production, and social media. Nick will be developing our new MBIMB.org website which will give worldwide access to our Free Courses and resources. It will be a hub where people can learn, find out new information and download our free resources.

Thinking of getting involved?

Join the My Body movement

My Body is My Body relies on global volunteers and partners to present the program to children, share with the community, and outreach with other organizations so we can reach even more children. Please contact us if you have any questions about how to get involved.

Please confirm you want to block this member.

You will no longer be able to:

Please note: This action will also remove this member from your connections and send a report to the site admin. Please allow a few minutes for this process to complete.

You have already reported this .
Clear Clear All